The Ultimate Guide to Cider

Britain is one of the world’s leading producers of cider, with an estimated 56% of all apples grown in the UK used to create the beverage, which first came to popularity decades ago. In fact, John Evelyn, a diarist from the 17th century referred to cider as “the native English wine”.

Cider has had a somewhat turbulent history, but it has always been deeply rooted in what we do here at Lyme Bay – so much so, our name used to be the Lyme Bay Cider Co. We are still as passionate about our Devon cider now as we were then, and we continue to use the pressed juice of only locally grown traditional cider varieties such as Dabinett, Kingston Black and Yarlington Mill – all from the good people and true apple connoisseurs at Somerset Cider Brandy Company.

Cider is an alcoholic drink that is made by pressing apples and fermenting the juice. Cider can come in many different varieties, from still to sparkling to scrumpy! For a drink to be legally classed as a cider in the UK, it must contain a minimum of 35% juice, although our ciders are made with 100% pressed apple juice.

Cider is probably a lot older than you’d imagine, with evidence showing that Celts in Britain made cider from crab apples as long ago as 3,000BC! But it was after the Norman invasion in 1066 that cider-making was improved forever, thanks to the introduction of new tannic and acidic varieties of apples. This, alongside new pressing technology, allowed the juice to be extracted from the apples more efficiently and helped to streamline cider production.

By the 14th century, cider was being made right across England, even as far north as Yorkshire, and continued through the 15th and 16th centuries. The soil condition and climate in the South West, in particular, meant that the region was perfect for cider production, and even today it is the leading cider-producing area of the UK.

Interestingly, there is also evidence that sparkling cider was first produced as early as the 1600s, with secondary fermentation taking place in reinforced glass bottles that were sealed with corks. The significance of this is that they were doing it long before the man widely (but somewhat incorrectly) credited with inventing Champagne, Dom Perignon, was even born!

The Napoleonic Wars, which took place between 1792-1815 caused British farmers to abandon their cider orchards and focus on producing grain and livestock to ensure domestic supply was maintained. As a result, ancient orchards were destroyed, taking the carefully cultivated varieties of apple with them. The result meant fewer tannin-rich, flavoursome apples were being used for cider production, meaning interest in drink soon waned. By the late 90s, cider was perceived as being an ‘uncool’ drink, mainly reserved for teenagers to gulp down in the local park after hours.

Fortunately, cider has enjoyed a resurgence in recent years, particularly when it comes to artisanal ciders – those made in small batches with fresh apple juice, time, and love.

How Do You Drink Cider?

You’ll more often than not see commercial cider being drunk by the pint, but this isn’t how you should treat an artisanal cider. These beverages have a higher alcohol content than beer, so you should think of and treat them more like a wine.

With this in mind, we would recommend pouring a wine-sized serving into a wine glass, for the best possible drinking experience. In terms of serving temperature, between 12-14°, so if you are storing your cider in the fridge, we’d recommend taking it out around 15 minutes before you plan on drinking it.

Cider will stay at its best in the fridge for between a week to 10 days. Although cider doesn’t ‘go off’, over time it does begin to oxidise which will impact the flavour. However, if this has happened to your cider, all is not lost – you can use it for cooking! We’ve even put together a few of our favourite recipes to spice up with cider, so why not use those as inspiration?

Treating a fine cider like a wine means you can enjoy a nice bottle with dinner. But as with wine, certain types of cider will pair better with different types of food. Apples and pork are traditionally paired together, but cider is an excellent accompaniment to foods of all varieties. Take a look at some of our favourite food pairings with premium foods for more information. 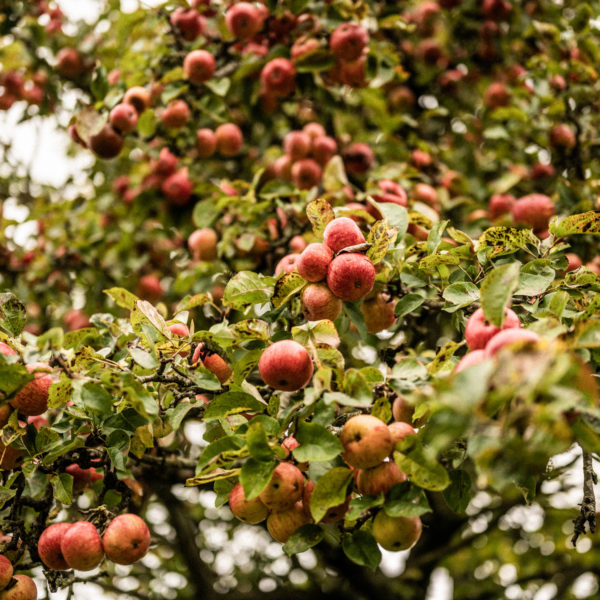