With our cherry wine, you will be instantly met with the smell of real cherries upon pouring, which may sound obvious, but often cherry wines can have more of an artificial smell. You will also detect a hint of almond on the nose, adding to the wonderful profile of the wine.

After sipping the drink, you will notice a very smooth, full-flavoured taste profile which is an excellent accompaniment to many desserts, particularly those containing chocolate, caramel, or citrus.

Enjoy our cherry wine on its own at room temperature, as we feel it makes a perfect dessert wine. Alternatively, as with our other fruit wines, it can be enjoyed as a long refreshing drink, mixed 50/50 with soda water. 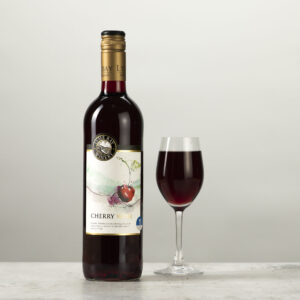 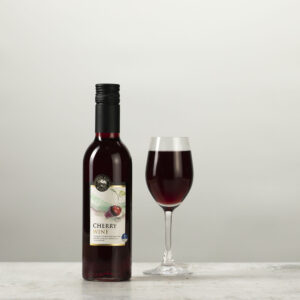 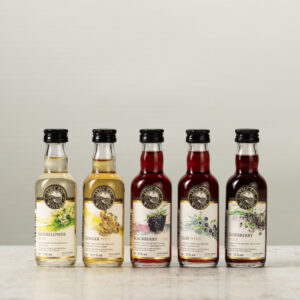 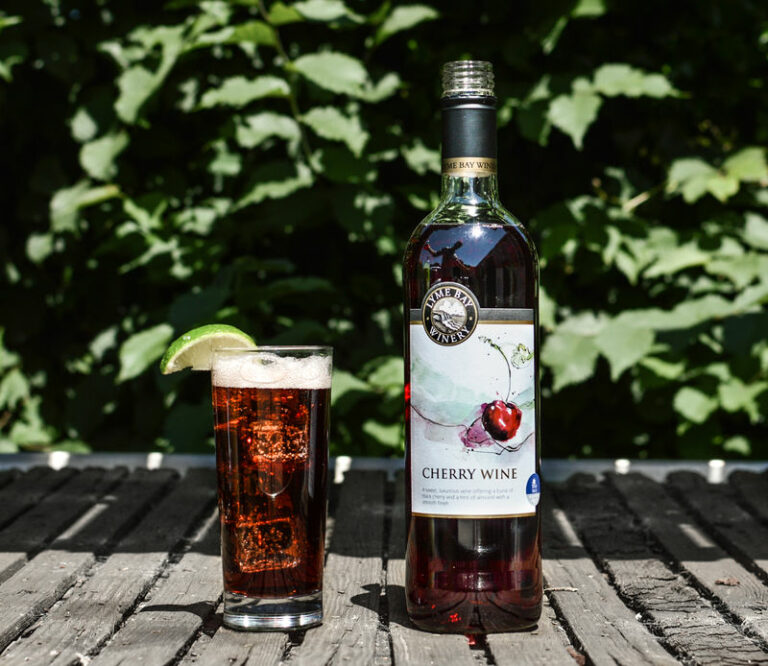 How is Cherry Wine Made?

Fruit wines are quite often viewed as being a less complex drink to make than their grape counterparts, but the process of making them is almost identical. So, for cherry wine, the juice and flavour of the fruit are extracted by pressing, stewing, and fermenting the pulp of the fruit.

Before pressing the cherries, the stems and the stones must be removed as the insides of cherry pits are toxic if you consume enough. From there, sugar (or honey in some instances) is added to increase the alcoholic content during fermentation while also producing a more polished and palatable final product.

Cherry wine was reportedly first produced as a form of homebrew following World War I, where people became more experimental and resourceful with their winemaking. Thankfully, processes have advanced quite considerably since then, resulting in a more refined final product.

Here we combine our knowledge and love of flavours and ingredients with our wine-making skills to craft award-winning traditional drinks tailored to the 21st-century palate. Each of these amazing products is fermented, blended and aged, as appropriate, right here at the Winery under the supervision of our experienced team.